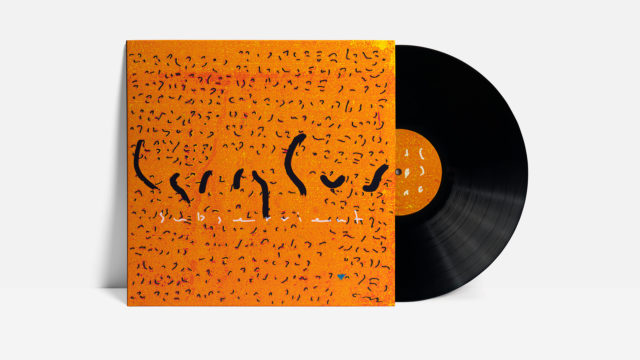 Subservient by Larry Gus is the first Greek-speaking album on DFA records.

The artwork had to express a way that a native-english speaker can listen to Greek music and also had to match larry’s music: organic developments mutating into early digital soundscapes. The process of creating the album cover spiralled from an alphabet full of hieroglyphs that resembled living cells into something that look like distorted Greek letters that ended up forming an unknown language.