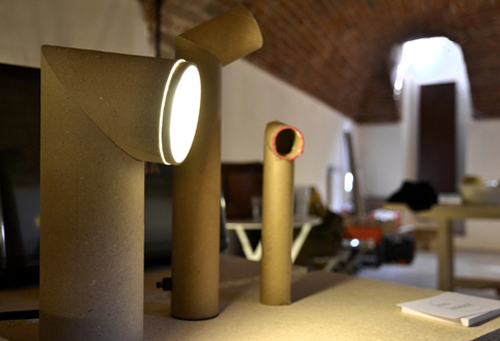 The Act of Acquittal

The Manifest: With the Act of Acquittal, we want to exonerate the actual process of designing and self-producing an object. The possible flaws and mistakes that might occur as well as the potential evolution of these occurrences. The idea of literally moving our workshop in the middle of a cultural association during the Salone del Mobile, comes as a need for  justification of the joy and ease of the process, a personal will to re-evaluate the non perfect, a short story for the un(never)finished objects, far away from the rush of perfection during the design week.

Constant questions:
Where is the making and creating? The old basic form of inventing? What is behind all those products that are all around us these days? What are the processes and mistakes that happened before these final and perfectly finished results arrived? Once again we all share ideas and concepts and 3d models and material textures but where is the actual know-how or the more realistic not-knowing-how?

The goal was to create a big amount of models in several scales and sizes that they have a dual identity: They fully function as real lamps and they work as ideas that someone else can take to another level.

Traditional: paper crafted models which are ready-to-be-bought since they fully function.
Conceptual: form-making ideas that any company or individual could reproduce in any other material.